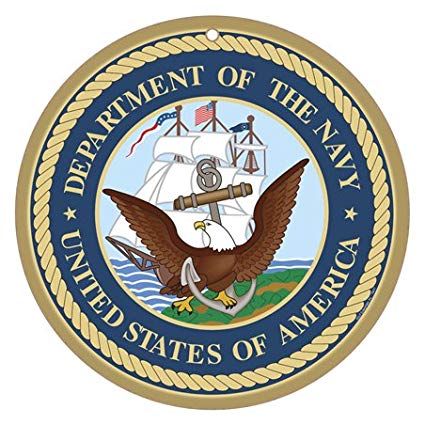 I can still feel the anxiety, the fear of the unknown and the sadness. What the hell had I done? I was just a kid. At 19 years old I was leaving behind everyone I knew, the comforts of home and my family.

I was the baby of three. The spoiled brat, the daddy’s girl, the favorite. Yet deep down inside of me I had this calling. As far back as I can remember I felt it. As if there was something or someone inside my soul that was creating this passion for country.

Now as I have aged and researched my lineage I’ve discovered hundreds of Military Veterans throughout. To the Revolutionary War and every conflict or war since. In fact, probably even before the discovery of America my bloodline fought for their beliefs. Obviously, otherwise how did we get here.

So there I was as a kid growing up always talking military talk with my dad. He was an Aviation Machinist Mate (AD) in the late 50’s early 60’s. He had wonderful stories of being shipboard on the USS Oriskany and USS Coral Sea. His shoulder holds a faded blue tattoo that reads USN. He was proud of his time in and I am proud of him.

So fast-forward to life after high school graduation. Being the spoiled kid I never held a job growing up. My grades were high so mom and dad felt that was my job. It wasn’t until graduating that I hit the work force. Retail!! Typical job for a young female. Work in the mall selling clothes and spending more than what you were making. My mom always jokes that on payday I owed the company not the other way around.

It wasn’t long when the Retail company I was working for filed Chapter 11. I went to work one day and large cardboard boxes filled the store with items to be shipped back to corporate. What was I gonna do now? I hated retail and was not about to go and work food service. I had applied to be a secretary at a the wastewater treatment plant where my uncle worked. Being a young kid it was easy to pass on me. (Guess where I’ve worked for the last 17+ years!!!)

So with that last bit of employment rejection I could stand. I did the unthinkable. At least in mom’s eyes….I enlisted. I had lunch with a Navy Recruiter named Tim. The next morning I was taking the ASVAB and by weeks end I was a Sailor. At the MEPS office when deciding on a job, the man on the other side of the big wooden desk asked me “What do you want to do?” My naive self replied happily: “Anything with aircraft, I don’t care if I have to wash them.” Famous last words…because for months I did exactly that.

The man behind the big desk splayed out about a half dozen job descriptions before me. With crazy long involved titles that meant absolutely nothing. The school length and duties were all listed out. Blindly I selected one. The rate of AD- Aviation Machinist Mate was the card I picked. Are you paying attention?? Although I knew a lot about my dads time in I don’t think I actually knew or at least at this point remembered his Rate. So that night when he came home from work, there stood his little girl wearing her new blue baseball cap with large gold letters NAVY across the front. If you knew my dad you can clearly hear him say: “Awe Shit!” We talked briefly and he asked the big question. “Whatcha gonna do?” So with excitement I pulled out the copy of the job description and read it aloud. “AVIATION MACHINIST MATE!” Another expletive my father is so fond of “You’re shittin’ me?!” Was the next thing out of his mouth. It was then that I was informed or reminded of his rate. Somehow, be it kismeit or serendipity, I had selected the exact same rate as my father some 30+ years prior.

I had enlisted in the DEP Delayed Entry Program. So my actual scheduled leave date was 11 months away. In a way, having that long to wait was a bad thing. I had eleven months to build relationships that were going to end, at times regretting my decision. I was potentially building a life but I owed Uncle Sam first. Not to mention the endless anticipation of what I was in for. A lot of tears were shed over those months. Mostly by my mother.

Don’t think I mentioned but, Operation Desert Shield/Desert Storm was in full swing while I was DEP. So besides my own stress and worries, now I was surrounded by people asking about me going to war. I knew the reality of it all, they were not going to send a kid straight from Colorado to Kuwait. I had boot-camp and school before any of that. I also knew that the US wasn’t going to be there long enough for me to worry. That didn’t stop everyone else from worrying though.

So needless to say when the eleventh hour of that eleventh month approached I was hesitant but ready. So there I was heading downtown for final checks and then handed a bus token to the airport. More tears were shed at the airport, especially when they took all branch recruits into a special office and once again we all took our oath before scattering across the country for our various training locations.

“Patriotism is your conviction that this country is superior to all others because you were born in it.”

There are a lot of things from the first few days in Orlando that are a complete blur. A lot of yelling and fatigue I’d never experienced; and ALWAYS a constant voice in my head asking myself why did I do this? The scared timid voices that the other 101 girls of K032 were all hearing too. But there was a bigger voice in most of us. A voice that hushed that scared little girl and told her to harden the fuck up. You made a choice that is not easy for any to make. Our reasons may all have been different but, in the end we were answering a call of country that is silent in most people.

For the next 10+ weeks, friendships and a genuine sisterhood would develop among most. There were girls I became best friends with that I haven’t seen or spoken too in 20+ years, yet we will always remain sisters. Today for many of those Ladies of K032, is the day we boarded a plane to the unknown. We kissed loved ones goodbye and we shed insurmountable tears. The tears wouldn’t end there. Many nights you could lie in your rack and hear the sobbing in the distance.

My dad filled me with lots of advice before leaving. Sometimes nonsensical things like: “They can kill you but they can’t eat you!” and probably one that hit home the best… “Everyone you meet today is going through this for the first time, just like you. They are scared too. It’s what you do with the fear that counts.”﻿

To the ladies of K032 wherever you are. Eventually the day’s got easier and the nights become quiet. We made it through and we did so as a family. Happy Anniversary my Sisters!!!

iThere are no comments

Begin typing your search above and press return to search. Press Esc to cancel.