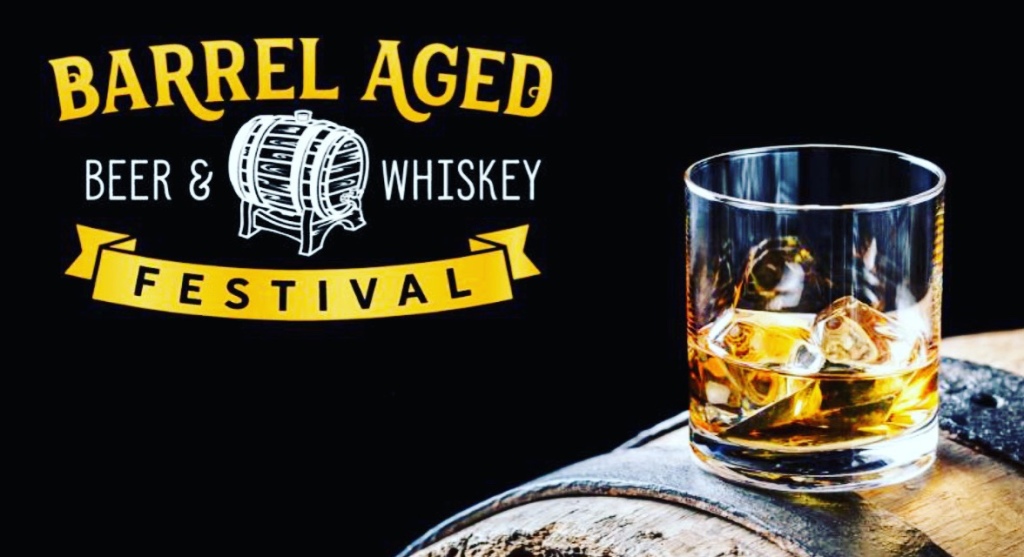 Originally published in the ABV Network’s The Bourbon Zeppelin eMagazine #56 May 1, 2019

The Colorado weather did not disappoint with a morning snow shower burning off leaving a warm sunny afternoon. As you entered the complex, you were able to fill your belly from one of the BBQ, pizza or street taco food trucks before moving inside to wet your whistle. There was even an Axe Throwing trailer to try your skills at the ever-growing sport. (Hoping to conjure my Viking ancestry…I tried my hand at it; alas they did not answer my call and my ax failed to stick a bullseye.)

Better luck next time I suppose.

For three hours (4 if you purchased the early admission ticket) more than 1,000 patrons walked through a renovated warehouse and visited booth after booth of more than 20 Distillers and over 15 breweries spanning the state. Colorado wasn’t alone here at the fest, Kentucky was also represented with Bird Dog on-hand as well as Bulleit. The Bulleit folks served up mixed bourbon and ginger drinks as well as offering tastings of the 12-year Rye that just hit the Colorado market. Tremendous!

Being my first whiskey convention, I figured out quickly that pacing myself was key as were the visits to the water table. Table-after-table I networked with head distillers and owners and one thing became clear to me. Just like the camaraderie of the Kentucky distillers, Colorado distillers too have a kinship among themselves. When discussing crafts or veteran-owned I was continuously told to go talk to this one or that one. Many of the distillers were using the barrels from the brewers on site for their finishes and vice versa.

I’ve recently heard Fred Minnick himself state his wonder about the finished bourbons jumping the shark. If that be the case, Colorado hasn’t received the memo. Besides straight bourbons or whiskeys, many distillers featured bottles finished in sherry casks, port casks, stout barrels and it seemed in rare cases new oak charred barrels were used. Not being a huge finish fan, I mostly stuck to the unfinished to familiarize myself with the brand. That being said I did find a couple distillers that had perfected a bottled Old Fashioned. One being a cask strength special concoction specifically for the festival and another able to be purchased right off the shelf in the Metro area. There will be no more of me guessing the mix trying to get the right bitters ratio, these guys had it dialed-in and I’ll be adding to my stash.

Needless to say, there were so many great pours that I feel remiss naming names because I’ll miss some greats I’m sure. For the most part I enjoyed nearly ever pour I tried. Only one hit me wrong and I was surprised based on the hype I’d heard about it. I definitely had my favorites and dropped my tickets accordingly.

In the end guests voted by placing one of two tickets in the bucket for their favorite brewer and distiller. The results of the voting public were spot on with Epic Brewing representing both their Denver and Salt Lake locations taking the top Beer award. 3 Hundred Days of Shine took the top Distiller with their incredible shines. A veteran owned Shiner out of Monument, Colorado, 3 Hundred Days figured out a way to jar a perfect slice of apple pie. With a selection of various flavors, my favorite had to be the Sweet Tea, it’s no wonder why they took home the prize.

For many, the Colorado whiskey market is one or two big named companies. I challenge all to do your research and you will not be disappointed. The market is huge with a new distiller popping up almost on the daily.

What a great time to be a distiller in the Mile High City!

iThere are no comments

Begin typing your search above and press return to search. Press Esc to cancel.